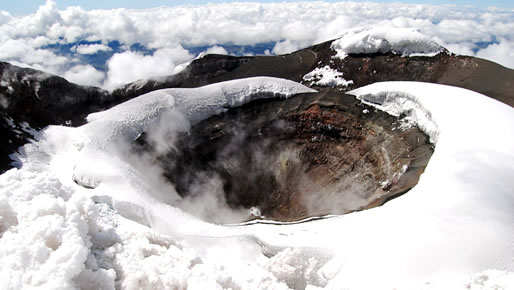 Arrival in Quito, reception and transfer to the 4* Sheraton Four Points Hotel.

After breakfast, a half day visit of colonial Quito, declared by UNESCO as a world heritage site in 1978. A visit to the middle of the world monument concludes the day. Dinner at the hotel.

After breakfast, transfer to the airport for the flight to the Galapagos Islands. Transfer to the port and boarding of your yacht for an unforgettable wildlife adventure. After an introductory talk and lunch, your Galapagos expedition begins with a visit to La Galapaguera to observe giant turtles. The day is concluded with a visit to the Loberia highlands. 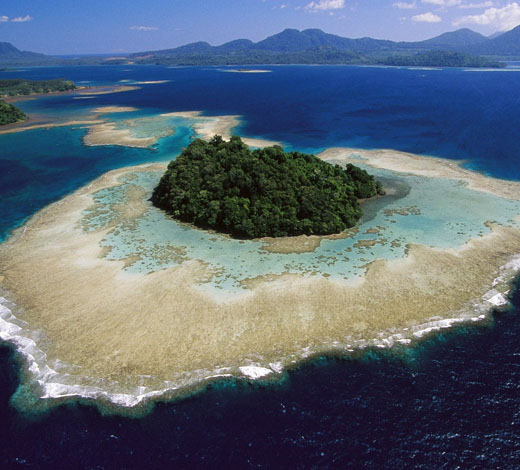 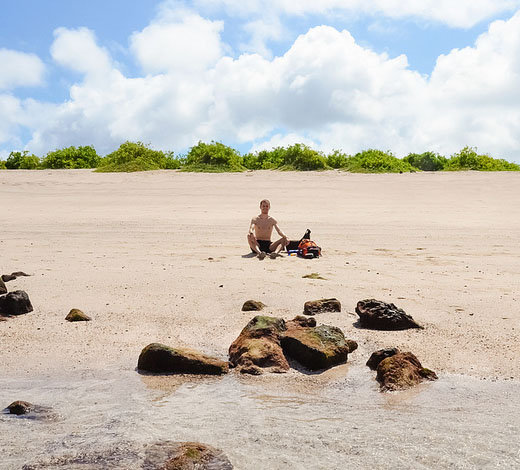 A visit today to Santa Fe, home to a beautiful turquoise lagoon with two small beaches and where you can view numerous sea lions. Taking a trail along the coast and through an Opuntia Forest where these prickly pear cacti are the largest on the Galapagos. We will also see Santa Fe land iguanas. After the hike, a swim or snorkel in the bay in the company of sea lions. Continue onto South Plaza, one of the smallest islands and only 130 metres wide and just 800 metres long. Here there is a large colony of sea lions, with over 1,000 occupying the smooth rocks. The small cactus forest is populated by land iguanas, where they can be seen sunning themselves or feeding on Opuntia pads and fruits. Along the cliff edge nesting swallow-tailed gulls are the predominant seabirds, along with tropic birds.

A visit to the isolated Española where there is a high percentage of endemic fauna. Gardner Bay, on the eastern shore has a magnificent beach. The beach is frequented by sea lions, and is a major nesting site for marine turtles. Around the small islets nearby, snorkelers will come across many species of fish, turtles and perhaps even sharks. On a trail leading to the western part of the island, several nesting sites of the waved albatros will be encountered. These huge birds nest here from April to December. Finally at Punta Suarez, along with many nesting seabirds there are mockingbirds, Galapagos doves and Galapagos hawks. Several types of reptile, including the marine iguana and the lava lizard, are also inhabitants of the island. Here you may also see a spectacular blowhole, which shoots spray 30 metres into the air.

A visit to the second largest island in the Galapagos, Santa Cruz. With six different zones of vegetation: Coastal, Arid, Transition, Scalesia, Miconia, and Pampa Zones. The Charles Darwin Research Station and the Galapagos National Park offices are also based here. The station is also a tortoise breeding centre, where tortoises of different species are prepared for reintroduction to their natural habitats. The most famous inhabitant is probably Lonesome George, the only survivor of this specific turtle species. The lush green scenery of the Santa Cruz highlands is a welcome contrast to the aridity of the lower islands.

Today, we take a small path from the visitor center at James' Bay on Santiago Island passing the ruins of a former salt mine and seeing along the way sea lions, lizards, herons and fur seals. In the afternoon, a trip to the beach of the small volcanic island of Rabida. A small path will lead to a small lagoon populated with flamingos.

The Fernandina Island, the most westerly in the Galapagos, has many attractions including the Lava-Cacti, sea lion colonies, penguins, the flightless cormorant and iguanas. The Tagus Cove is also famous for its whalers and pirates of past. At the shore of this deep-blue bay, several breeding bird species such as penguins, flightless cormorants, blue-footed boobies and pelicans can be seen. 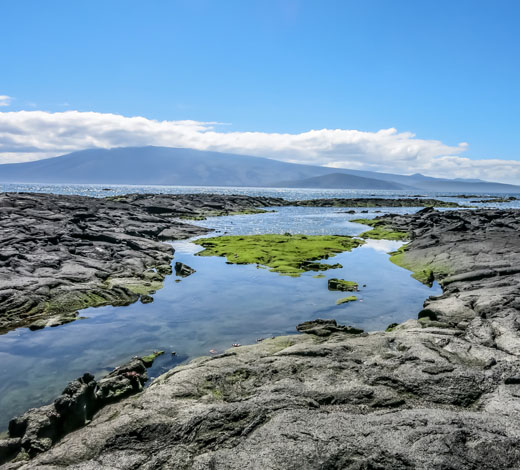 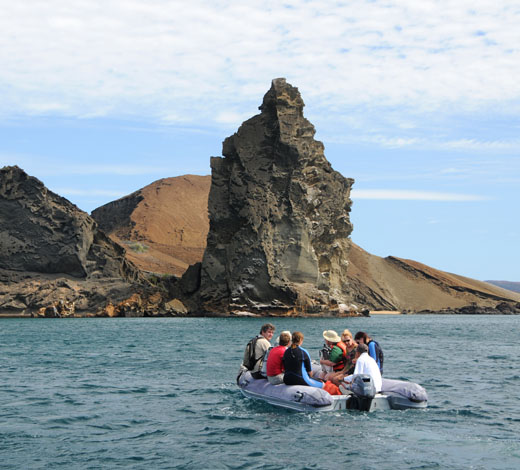 Before breakfast, we disembark at Bartolome Island for a hike to the summit and a spectacular panoramic view. Later there will be a chance to snorkel with Galapagos Penguins. North Seymour is an uplifted island which used to be on the the ocean floor. Afternoon trip though North Seymour observing bird colonies of blue-footed boobies, frigate birds, and also sea lions and marine iguanas.

Today a visit to the colourful Indian market of Otavalo, with its many impressive arts and crafts of the local people. The market dates back to pre-inca times when jungle products from the east were traded with highland products. Traditional dress is observed throughout the market. Return in the evening to Quito.

A final drive south to the Cotopaxi national park. During the small hike, you will enjoy a spectacular view of the Cotopaxi volcano. In the afternoon a trip to the Hacienda La Cienega, for lunch. Return to Quito along the fabulous volcanoes road. Last night in Quito.

After breakfast, free day before your transfer to the airport for your return flight home. End of services 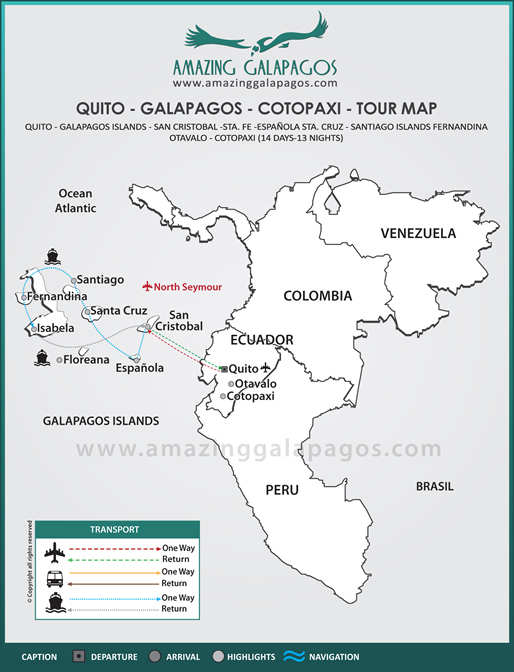