Christmas in Galapagos 2022 - 4 day cruise on the Millenium Yacht 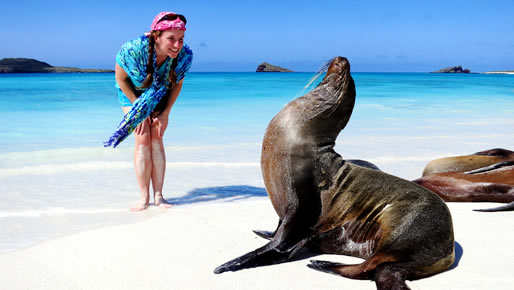 After breakfast, a full day's guided visit of colonial Quito, declared by UNESCO as a world heritage site in 1978. A visit to the Old Town, including the Plaza de la Independencia. The President still conducts business here, so access to the inside may be limited. It is the home of the tomb of Sucre and also houses interesting 17th and 18th century paintings. A visit to the Parque Alameda that houses the oldest astronomical observatory in South America, as well as an impressive monument of Simon Bolivar. The Plaza de San Francisco was constructed by the Spanish in 1553, and the church has a high altar made of gold and beautifully carved ceilings. You shall also visit La Compañía, the finest of all Jesuit churches. Damaged through the years by fires and earthquakes, it has since been restored and has a richly sculptured facade and interior. If time, we will visit the some of the markets, including the Indian market at Avenida de 24 de Mayo at the base of El Panecillo and the Ipiales market. These are best visited on Wednesdays and Saturdays, the main market days. Lunch at Cochabamba Restaurant; affording excellent views of Quito from its incredible location above Quito. Continue the tour to the middle of the world monument before returning to your hotel.

After breakfast, a visit to the colourful Indian market of Otavalo, some two hours drive from Quito. With its many impressive arts and crafts of the local people, the market (best on a Saturday) dates back to pre-Inca times when jungle products from the east were traded with highland products. Traditional dress is observed throughout the market. Trip to Pinsaqui, one of the oldest Haciendas in Ecuador and dating back to 1790. Enjoy a superb lunch before visiting the Lago de San Pablo or the Lagunas de Mojanda, Cuicocha, or Yahuarcocha. Return to Quito for accommodation. 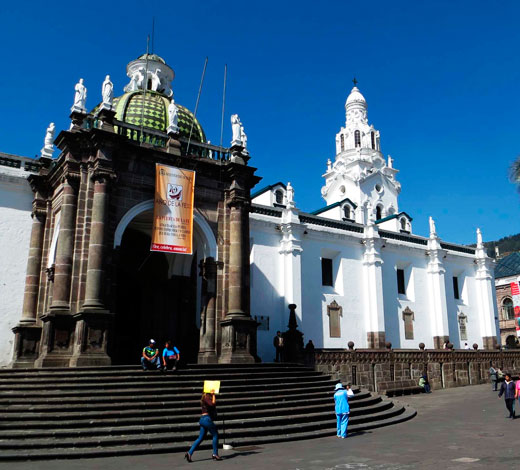 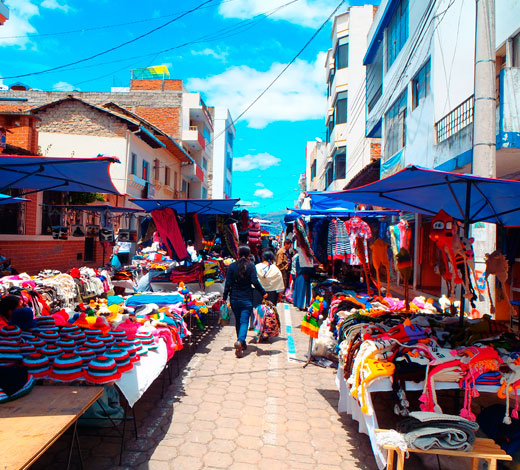 After breakfast, we start our journey south through the spectacular avenue of the volcanoes towards Cotopaxi, the most famous of all Ecuatorian volcanoes. We shall pass Pasochoa, Ruminahui and Corazon volcanoes along this spectacular journey. Arrival to the magnificent Hacienda Cienega, one time residence of the German scientist Von Humboldt. After lunch at the hacienda, we shall visit the Hacienda San Agustin de Callo at the very foot of Cotopaxi. This Hacienda has been written about by the Spanish chronicler, Cieza de Leon (1553) and is one of only two major Inca sites in Ecuador. The temple was built around 1440 AD by one of the last Inca emperors, Huayna Cápac, and to this day the remaining rooms prevail as a magnificent sample of the unique style of Inca construction. The site is currently being investigated by Dr. David Brown of the University of Texas, the funding of which was provided by the National Geographic Society. Previously unknown portions of Inca walls and foundations have been discovered throughout the restoration process of the house. Since the 15th century San Agustin de Callo has served as an Inca fortress, Augustinian convent and temporary home for the French Geodesic Mission whose scientific results helped to determine the true shape of the planet. Continue the tour into the Cotopaxi National Park for a closer view of the volcano. Before returning to Quito, time permitting, we shall visit one of the Indian Markets, either Pujilí or Saquisilí. These are amongst the most authentic markets in Ecuador with their colourful displays of spices, fruits and hand woven ponchos. Return to Quito.
* Special Christmas Dinner

After breakfast, transfer to the airport for the flight to San Cristobal. You will be met at the airport by the crew of the Millenium. We shall also arrive at San Cristobal to visit the Interpretation Centre at Puerto Baquerizo Moreno. After, we shall then visit the highlands of San Cristobal before going onto Isla Lobos, where a large population of sea lions make their home. This island is also a great place for snorkeling opportunities as well as to view blue-footed boobies.

A visit to the isolated Española Island where there is a high percentage of endemic fauna. Gardner Bay, on the eastern shore has a magnificent beach. The beach is frequented by sea lions, and is a major nesting site for marine turtles. Around the small islets nearby, snorkelers will come across many species of fish, turtles and perhaps even sharks. On a trail leading to the western part of the island, several nesting sites of the waved albatros will be encountered. These huge birds nest here from April to December Finally at Punta Suarez, along with many nesting seabirds there are mockingbirds, Galapagos doves and Galapagos hawks. Several types of reptile, including the marine iguana and the lava lizard, are also inhabitants of the island. Here you may also see a spectacular blowhole, which shoots spray 30 metres into the air. 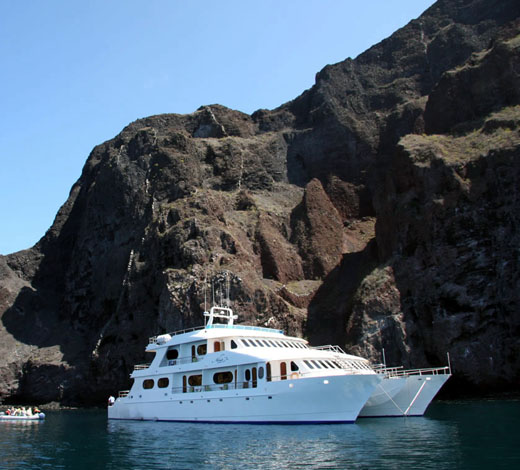 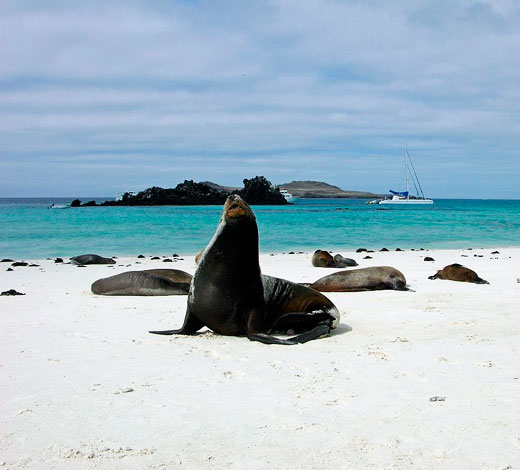 First stop is at Punta Cormorant, a small island with a large inland lagoon, home to many flamingos and other wading birds. The sandy beach cove has numerous turtles, rays and seabirds, whilst off the coast is Devil's Crown, a half submerged volcanic crater, which is a great site for snorkeling as you will see starfish, sea urchins and tropical fish in the shallow center as well as larger fish like sharks and rays outside the rocky area. A trip to Floreana, the sixth largest island, and a main settlement with only a few hundred inhabitants. With one of the most interesting human histories of the islands, it was one of the earliest islands to be inhabited. In 1793, a post office barrel was erected on Floreana to facilitate delivery to the United States and Europe

After breakfast, visti to the The Charles Darwin Research Station and the Galapagos National Park offices are also based here. The station is also a tortoise breeding centre, where tortoises of different species are prepared for reintroduction to their natural habitats. The most famous inhabitant is probably Lonesome George, the only survivor of this specific turtle species. Transfer to the airport for the flight to Quito. 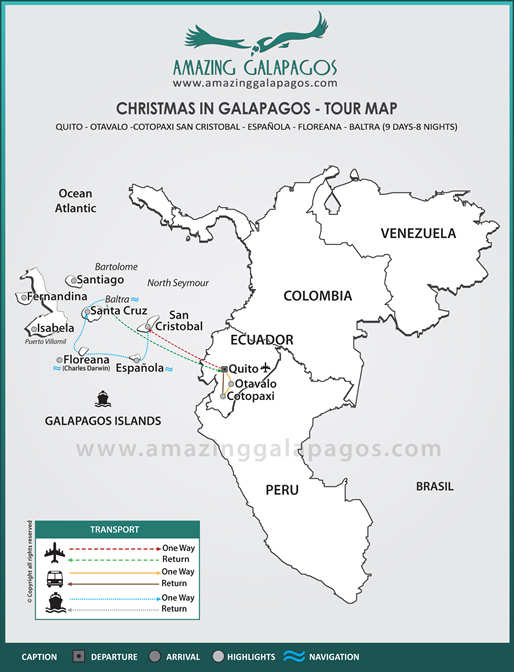